from Land of the Evening Star by Dark Forest 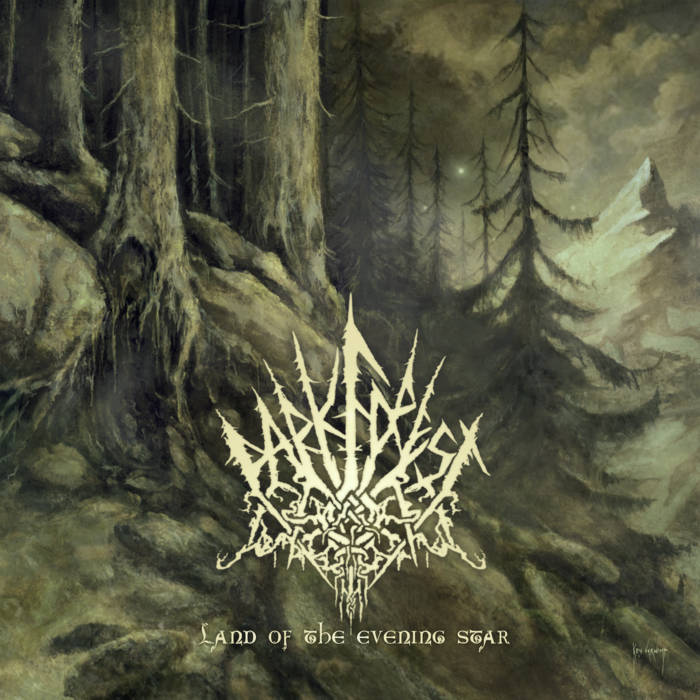 In 985CE a Norwegian of name Bjarne
Herjulfsson son's son of Bard Herjulfsson
traveled bravely to Greenland from Iceland
It was custom that Bjarne spend alternate
winters in each land with his father.
When arriving in Iceland summer 985
he received word that his father had gone to
west to Greenland...

Bjarne feels uneasy that neither he nor his
crew had ever charted these waters.
After three days and nights,
a fierce north Atlantic storm
blows his ship off course in these waters.
Bjarne and his crew attempted to regain
their course and after several days they
encountered a heavily wooded land.
Knowing this is not Greenland,
he decides it is best not to go ashore,
and so they sail away...

And so they sail away
onto Greenland they find
the place that they had long sought
with memories of a land not forgot
And into the bay he breathes easily
as his journey comes to an end
And when Bjarne Herjulfsson back in
Iceland sells his ship to Lief Eriksson
Lief returns onward to this new land
Fifteen years since the sighting of the
last man. A colony on the eastern
shores and a memory of a lost long
course

Bandcamp Daily  your guide to the world of Bandcamp